Went to the Lidl cycling promotion today.
Got a set of new lights for the winter.
1 W front (rated at 30 lux), and a 0.2W rear.
It seems to throw a decent beam up the garden, even though it isn't dark yet.
As I do most of my "night" commuting on an off-road cycle route, that'll do nicely!
There is also a 30/15 lux high/low power button on the headlight that I'll need to fiddle with, just to see what it does :-)
The lights come with "disposable" batteries, but the instructions say they will work with rechargeables too,
So when the included batteries need replacing, I'll be fitting rechargables!
The headlight even has a recharging socket on the bottom! (but no charger in the pack),
I guess it is the same pair of lights being packaged in a number of different ways to fit more than one price point!

Anyway the beam is noticeably whiter and a good bit brighter that the 2.4W halogen light we bought from the same store a couple of years ago, which, iirc, was rated at 15 lux, rather than the 30 of the new unit.﻿

Update: 1st November 2014
When the "standard" batteries included in the pack ran out, I put four 1.2v NiMH batteries in the light instead.
And it works!
Although the nominal voltage to the bulb has dropped from 6v (4x 1.5v "alkaline") to 4.8v (4 x 1.2v NiMH), it has no effect on output.
I rather suspect that the 6v battery input was regulated down to a similar level to the 4.8v input anyway!

Now for the second test - can I recharge the NiMH batteries IN the light, using the charging socket on the bottom, and an old charger I found at home?
Yep, that works too!
I have a 6v, positive centre, charger that came with a haolgen headlight I bought from Lidl a couple of years ago and it works fine.
(I also have an even older 7.5v charger that came with an earlier light set from Lidl, that isn't suitable, and, very sensibly, Lidl have put a different "tip" on the cable of that one, so it won't fit into the lamp's charging socket anyway!)
To date, I have recharged the NiMH batteries twice so far, both times "in situ" (that is to say, without having to take the light apart).
Takes all night to charge, though, but that was true of the halogen light set that the "old" charger came from, too!

So my earlier guess was right - the front light from this set IS exactly the same as one that would be sold with rechargeable batteries and a charger (at, presumably, a higher price point!)

So if you have a 6v +ve centre charger or a universal charger with a variety of tips) then this light is even better value, as the included batteries can be swapped for four rechargeables, and it works fine, AND the batteries can be recharged without taking the lamp body apart!

One other thing, although the (plastic) mounts could be a bit more robust-looking, they are fine for the price this light is sold at, and the front mount has a useful "pivot" feature, so it can be swung a bit to the left or right, which is handy when coming up a cycle path next to the "wrong" side of the road, and one doesn't want to dazzle other road users.
The rear mount is a kind of clip round affair, which is pretty adapatable in what it can be mounted to - much more than most of the cheap rear brackets whic seem to only really fit a seat post. I have strapped this one to my rear luggage carrier (which is where I like my rear light!)

So all in all, 10 out of 10 for value!
as for durability, only time will tell, and I will write a proper test review when I have used it a bit longer. 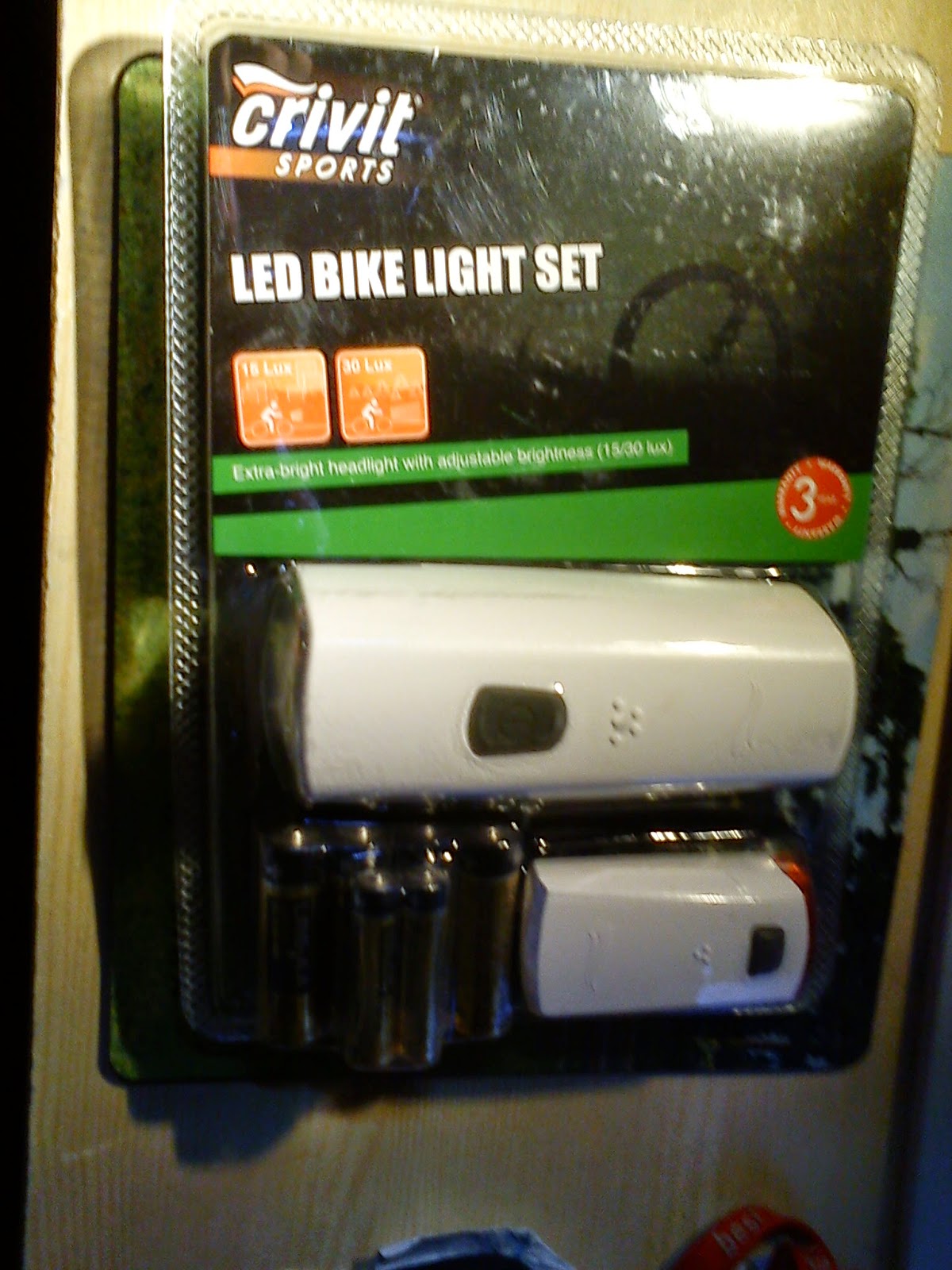