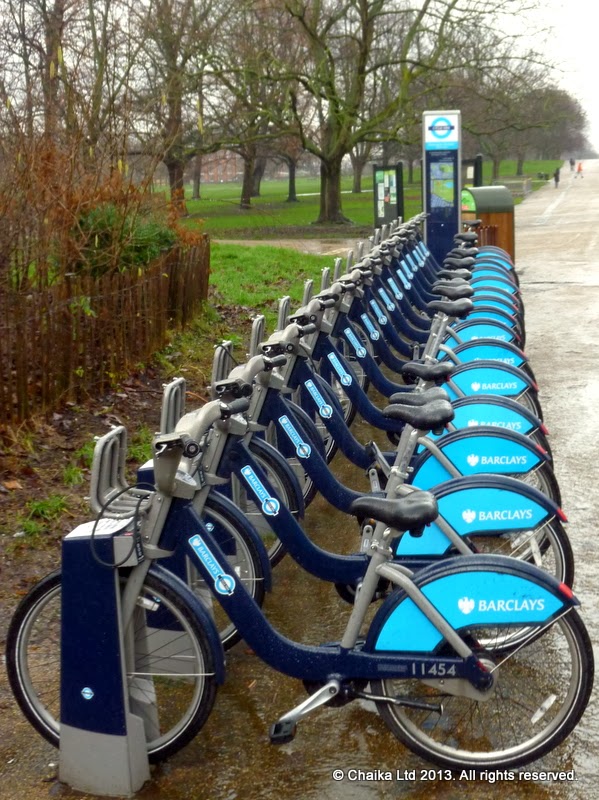 
These London bikes seemed to be OK for maintenance - for example there was almost no slack in the brake levers before they started to bite, BUT the front brake, which was perhaps a shimano roller brake, looked rather small in diameter and rather narrow (the design leads me to think it was either a "roller" brake or a band brake).
Either that, or some part of the brake mechanism wasn't set up properly
If those two "hire bike" front brakes are typical of what other folks have used in the past, perhaps that is why some of them so vehemently argue that "drum" brakes are ineffective - they simply have never used a decent drum brake, like a 90mm Sturmey Archer, for example.
The physics is basically that a bigger drum and a wider shoe provides better braking power - end of. A small, narrow, set-up, even when correctly adjusted, isn't going to match up to a "proper" drum brake (which I have used in the past, and was very happy with the performance - a 20kg bike plus a 20 kg load plus a 100kg rider is quite a reasonable test for a bike's brakes when going down a decent hill!).
As an aside, the zenith of drum brake design was probably the multiple-leading shoe designs used on early 1960's racing motorcycles, so there is no fundamental reason why a properly designed drum brake should not be quite powerful, if a little heavy.﻿

Only cost me 2 pounds (a bit more than 3 dollars), and that was for the one-day "system" registration - the actual cost of the bikes was free (as I kept each of them for less than 30 minutes).

Overall, they are rideable enough, especially once you get used to their foibles :-)﻿
Posted by Pedal Pusher at 05:27